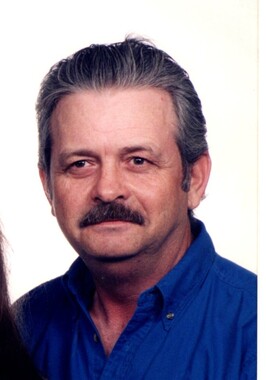 Back to Bernard's story

Bernard E. "Butch" Scherer, 75, of Lafayette passed away August 6, 2019 at IU Health Hospital.
He was born February 19, 1944 in Lafayette, to the late Theodore and Anna (Becker) Scherer. Butch proudly served in the United States Air Force. He was an Electrician for CSX Railroad for 33 years before retiring in 2004. He was also a member of the IBEW Electricians Union.
Butch was an amateur carpenter who also enjoyed fishing.
He is survived by his daughters: Jessica (Chuck) Miller and Janna Scherer both of Lafayette; brothers Pat (Deb) Scherer of Fowler and Dan Scherer of Lafayette and sister Carol (Barry) Allen of Lafayette.
He is preceded in death by his parents, two brothers Jerry and Dick Scherer, three sisters Joanie Robb, Rita Haynes and Marge Winstead.
No formal service is scheduled at this time. In lieu of usual remembrances, contributions may be directed to your favorite veteran's organization. Share memories and condolences online at www.hippensteelfuneralservice.com
Published on August 8, 2019
To plant a tree in memory of Bernard Eugene Scherer, please visit Tribute Store.

Plant a tree in memory
of Bernard

A place to share condolences and memories.
The guestbook expires on November 06, 2019.