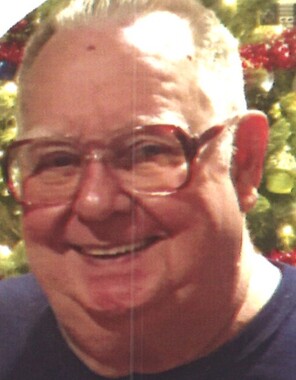 Back to Cloyd's story

Cloyd Alfred Rodkey, Sr.
1942 - 2019
Cloyd Rodkey of Grayson, KY, formerly of Ashland, KY went to be with his Lord on Thursday, December 5, 2019. He was 77 years of age.
He was born May 4, 1942, the youngest of 13 children, to Robert Thomas Rodkey and Elda Mae Mack of Nanty-Glo, PA.
Cloyd devoted his time to family and friends. He loved to spend time on yardwork and listening to music in his Music Room.
He served 6 years in the Air Force during the Vietnam War; He held the honor of being an Honorary Boyd County Deputy Sheriff and is also a Kentucky Colonel.
He was devoted to his Lord and is now in the arms of our Lord.
Cloyd met his wife Anna Kathryn Lee when she was 15 and he was 20, while he was stationed at Dover, Delaware. They married the day after she graduated High School, in 1965, and spent 40 plus years together. Together they raised three beautiful children.
He is survived by daughter, Valerie Dawn McIntyre of Richmond, KY, sons, Robert, his wife Greta, of Ashland, KY, and Cloyd, Jr of Grayson, KY; brother Ronald Rodkey, of Florida; and sister-in-law Nancy, of Nanty-Glo, PA. Also surviving are 10 grandchildren and 8 great grandchildren.
Cloyd was caregiver to his late wife, Ann who preceded him in death on February 10, 2005. Also preceding in death were his parents; brothers, Robert, Johnny, Walter, Lester, Raymond and William; sisters, Martha Jean, Ruth Ellen, Elfa, Mary Helen, and Marie; Son-in-law, Steven McIntyre; nephews, Wesley and Junior Rodkey.
Cloyd wore many hats over the years including; Bethlehem Steel, 20 years; Kimballs Engineering, 7 years; Allied Chemical 15 years and Bob Evans 3 years.
There will be a graveside service at 1 p.m. Tuesday, December 10, 2019, at Golden Oaks Memorial Gardens. Pastor Mike Blankenship will officiate with Military Honors by the US Air Force and Post 93. He will be laid to rest beside his beloved wife. Visiting hours will be from 11 a.m. to 12:30 p.m. at the Neal Funeral Home, 2409 Center Street, Catlettsburg, KY.
In lieu of flowers, donations may be made in Cloyd and Anna Kathryn Lee Rodkey's memory to Community Hospice, 1480 Carter Ave., Ashland, KY 41101.
Condolences may be left at kilgorecollierfuneralhome.com.
Published on December 7, 2019
To plant a tree in memory of Cloyd A Rodkey, please visit Tribute Store.

Plant a tree in memory
of Cloyd

A place to share condolences and memories.
The guestbook expires on March 06, 2020.

Fred Blair
He was my foreman for many years at the coke plant, he was one the better foremen there, my deepest sympathy for his family, I'll see you on the other side one day brother
View all