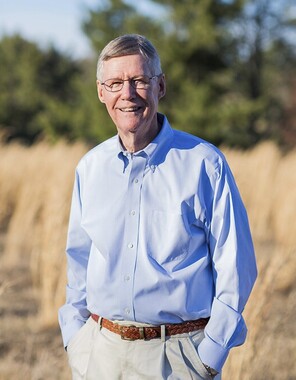 Back to Dr. Michael's story

Dr. Michael Grant Ehrie, Jr. of Ashland, KY, passed away at his residence on December 11, 2019. He was born in Crawfordsville, Indiana, on March 16, 1948, to the late Michael Grant Ehrie, Sr. and Margaret Ricketts Ehrie.
He was a 1966 graduate of Paul G. Blazer High School in Ashland and a 1970 graduate of Northwestern University. He graduated from University of Louisville School of Medicine in 1974 and was a member of Alpha Omega Alpha. He completed a residency in anatomic pathology at Harvard University's Peter Bent Brigham Hospital in Boston, Massachusetts, in 1977. He then completed a residency in internal medicine and a fellowship in pulmonary medicine at Duke University in 1981.
He returned to Ashland in 1981 and entered the private practice of pulmonary and critical care medicine. He committed his life to providing outstanding care to patients at Our Lady of Bellefonte Hospital. He loved mentoring and teaching medical students, residents, and nurses. He was instrumental in developing OLBH's Vitality Center and pulmonary rehabilitation program. He served as the OLBH Chief Medical Officer and held multiple leadership positions on the medical staff, including Co-Director of the Intensive Care Unit from 1981-2002. Later in his career he became board certified in sleep medicine.
In recent years he worked tirelessly to educate students in eastern Kentucky public schools on the dangers of teen vaping and lectured to over 5,000 students.
Dr. Ehrie is survived by his loving wife of 45 years, Jane Ray Ehrie of Ashland, KY; a son Michael Grant Ehrie III and his wife Dr. Julie Kurek of Evans, GA; a daughter Margaret Ehrie Rice and her husband Dr. Drew Rice of Bristol , TN; brothers Mark Reed Ehrie and wife Barbara of Ashland, MS, and Matthew Ryan Ehrie and wife Nicole of North Andover, MA; and grandchildren Michael Grant Ehrie IV, Ava Rose Ehrie, and Hugh Andrew Rice. He was a strong supporter of the golf programs at Russell High School. He grew up in the First United Methodist Church and was a faithful attendee at First Baptist Church in Ashland.
Funeral services will be held on Tuesday, December 17, 2019, at 1:00 P.M. at First Baptist Church of Ashland and will be officiated by Pastor Steve Willis. Entombment will follow in Rose Hill Burial Park. Visitation will be at Steen Funeral Home, 13th Street Chapel on Monday evening from 6:00 to 8:00 P.M.
In lieu of flowers, the family requests that donations be made in Dr. Ehrie's memory to OLBH Vitality Center, 1100 St. Christopher Drive, Ashland, KY 41101 or First Baptist Church of Ashland, 1701 Winchester Avenue, Ashland, KY 41101.
Online condolences may be made to www.steenfuneralhome.com
Published on December 14, 2019
To plant a tree in memory of Dr. Michael Grant Ehrie, please visit Tribute Store.

Plant a tree in memory
of Dr. Michael

A place to share condolences and memories.
The guestbook expires on March 13, 2020.

Ann and Elmer Mullins, Jr.
Dr.Ehrie and his family were VERY special to us. Michael and Meg were extremely close to me and I valued Mrs. Ehrie and Dr. Ehrie's friendship. Please accept our love and sympathy. Blessings for a new year!
Lillian and Stuart Dyson
We were so saddened to hear of Dr Ehrie’s passing. We remember fondly seeing Mike and Jane at the U of L Med school reunion in September, and as usual we were blessed by his warmth and his wit. He was a sterling man and clinician and will be greatly missed- our sincerest condolences to all his family.
Pat Franklin lottier
So very sorry for your lost.
I usually sat near your husband at blazer high school in our classes. This was during the time that teachers arranged students via the alphabet! He also had a smile and kind words
Cris Fry

Dr Ehrie was my physician and friend for 35 years it was my great pleasure to have known him. My most heart felt condolences go out to the family, they will never be another one like Dr Michael G Ehrie.

Pam Cromer
I am so saddened to hear this news. I do not know Dr. Ehrie, but his son Michael is matriculating through our Doctorate program at Augusta University (formerly Medical College of Georgia). I know how upset Michael and his family must be at this time and my heart is heavy for this family. Both Michael III and his wife Dr. Kurek are wonderful people and no doubt his dad was very proud of him. His legacy lives on through his son as one of the smartest, kindest and warmest individuals I have ever met. Prayers and loving thoughts are sent to the entire family from Augusta University and the Class of 2020.
Corrine Gearhart
Dear Jane and Family,
Thinking of you and your deep loss. May his memory be a blessing.
Dr Gnoni and family.
What a special man I got to know well. When I first came to Ashland I was not able to sleep, I would wake up every hour at night without knowing why. I was given medications to sleep, multiple studies were done, etc. I went to see him and he diagnosed OSA in 5' even though I did not like the typical type of patient with risk factors for the disease. He was an excepcional clinician, always trying to help others, always spending extra time with patient's family. A man of faith with excepcional social skills. Everybody loved him. He greatly improved my quality of life.

He will be always remembered by me and my family. The hospital will not be the same from now on....
Jim and Susan Van Over
Susan and I were shocked and saddened to learn of Mike's passing. We have known Mike and his family through school and the Methodist Church all our lives. Our sincere condolences to Jane and the family.
Carl & Michele Stevens

Sorry for your loss Dr.Ehrie was an awesome person

Sandra
I’ve worked with Dr. Ehrie starting at KDMC in early 1980s. He was a great physician. Jane I’m so sorry for what you are going through.
View all