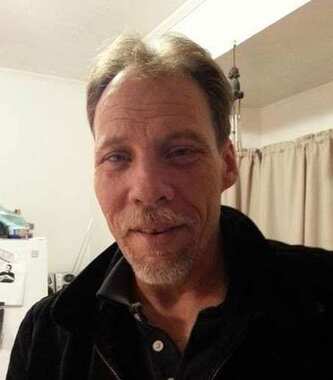 Back to Dwight's story

Dwight Edward Daniels, 54 of Greenup, Ky., went to be with the Lord on August 10, 2019 surrounded by his loving family.
He was born January 12, 1965, a son of Ruby Cottle and the late Richard Kirk.
Dwight is also preceded in death by his son David Bisbee and two grandchildren.
Surviving Mr. Daniels are his two sons Dwight Daniels II, Brittian Billups; two daughters, Taylor Daniels, Samantha Bisbee; three sisters, Connie Parmer, Rosa Brown, Ruby Fee; three brothers, Arthur Daniels, William Daniels, Fayette Bush; eight grandchildren; as well as his extended family and friends.
Funeral Services for Mr. Daniels, officiated by Evangelist Arthur Daniels, will be Tuesday, August 13, 2019 at 2 p.m. at the Evans Funeral Home in Raceland, Ky. Burial will be at the Porter Cemetery in Greenup, Ky. Visitation services will begin at noon on Tuesday.
Published on August 12, 2019
To plant a tree in memory of Dwight Daniels, please visit Tribute Store.

Plant a tree in memory
of Dwight

A place to share condolences and memories.
The guestbook expires on November 10, 2019.

Restore the guestbook to view the 2 more posts by family and friends, and share a memory or message of condolence of your own.