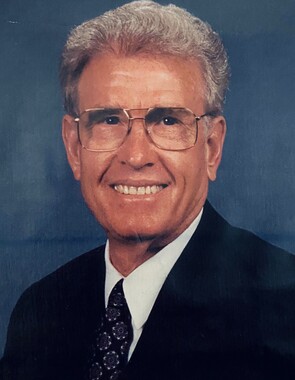 James Cecil "Poppy" Lewis passed away on October 18, 2019.
He was born May 2, 1931, to Charles and Lena Lewis of Lincoln Co, W.Va.
He was also preceded in death by his first wife of 33 years, Betty Combs Lewis and his daughter, Sharon Lewis Preston.
He was a graduate of Guyan Valley High School, served his country honorably during the Korean War in the U.S. Army, and retired from C&O Railroad where he was a blacksmith welder. James was a VA Volunteer, a member of Bluebirds (Aux @ VA). His hobbies were carpentry and bird watching.
James is survived by his wife, Joyce Lewis; grandson, Jason Lewis, his wife Gina; great granddaughter, Randi Taylor; brother, Raymond Lewis, his wife Marie; aunt Sara; many nieces and nephews as well as very special friends and neighbors.
A memorial service will be held tomorrow, Monday, December 9, 2019 at 1 p.m. at the Kentucky Veterans Cemetery North East, 100 Veterans Memorial Drive, Grayson, KY 41143, led by his friend, Rev. Clell Lucas.
Condolences may be left at kilgorecollierfuneralhome.com.
Published on December 6, 2019
To plant a tree in memory of James Cecil Lewis, please visit Tribute Store.

A place to share condolences and memories.
The guestbook expires on March 05, 2020.

Special brother and friend. Will be missed.