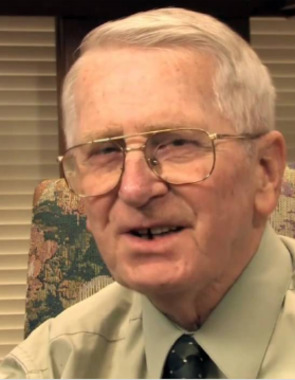 James Edward Phillips, 85, of Grayson, passed away Monday, December 30, at his home following a long illness.
Jim was born on February 19, 1934, in Grayson, Ky., the son of the late William Stephen and Edna Jacobs Phillips.
Jim is survived by his loving wife of 53 years, Deanna Smith Phillips; one son, Michael and his wife Cindy; and one grandson, Ryan, all of Grayson; one brother, Bill (Frieda) of Venice Florida; and one sister, Dr. Edna Fuson, of Delta, Alabama; and many other family and friends.
Jim was a poet, piano player, United States Army Veteran, storyteller, photographer, writer, husband, father, grandfather, and friend to anyone he met.
Jim was a longtime journalist, beginning his more than seven-decade career in 1947 at the age of thirteen when he began work sweeping floors and learning the newspaper trade at the Grayson Journal-Enquirer. As a teenager writing for The Journal, Jim covered a local story that would also appear on the front page of the Ashland Daily Independent "above the fold", which, as he always told folks was "a very big deal"!
Jim would later become the editor of the paper, covering all of the stories that happened in Grayson and Carter County. Jim was a fixture at area meetings, events, elections and much more. In 1969, he moved to broadcast journalism when he became the news director at WGOH Radio in Grayson. In addition to the news, Jim was also the morning DJ for many years. Among the stories he covered in his fifty years at Go Radio were the 1977 train derailment at Leon that denied water use to the city for several weeks, the 1988 burning of Prichard Elementary School, and the 1993 school shootings at East Carter High School. The number of stories Jim, or "Scoop" as so many called him, shared is countless across his fifty-year career at the station, a job he performed until his passing.
Jim won numerous awards and recognition at Go Radio. But the most important thing to him was making sure everything he reported was accurate and fair. His dedication to his craft was recognized when he was inducted into the 2010 Kentucky Journalism Hall of Fame at the University of Kentucky. Jim was a lifetime member and a long time elder at the First Church of Christ in Grayson, where he also served as the Sunday School Superintendent for nearly sixty years. He was dedicated to serving God in all he did.
Funeral services will be held Friday at 11 a.m. at the First Church of Christ in Grayson. Burial will follow in the Grayson Memorial Park. Visitation will be held Thursday from 5 until 8 p.m. at the Church, and Friday from 9 a.m. till the service.
Malone Funeral Home has been entrusted with arrangements. Memorial contributions are suggested to Community Food Pantry, C/O First Church of Christ, 281 Pomroy Street, Grayson KY 41143. Condolences and memories can be shared with the family at malonefuneralhome.com.
Published on December 31, 2019
To plant a tree in memory of James Edward Phillips, please visit Tribute Store.

A place to share condolences and memories.
The guestbook expires on March 30, 2020.

TerryBlevins
Jim was a special man in so many ways, I'm so sorry for your loss.
Les Heaberlin
Jim 'Scoop' Phillips has been a good friend whom I have enjoyed knowing and admiring since 1948 when this Deer Creek lad and he began our freshman year at Prichard High School. I have kept up with many of his accomplishments through my Sister Evelyn who still resides in Grayson and through other friends and classmates. On a personal note I am still appreciative of the great coverage in the Journal Enquirer of the August 1957 Heaberlin Wedding in Amarillo, Tx. My sympathy to all his caring Family and friends, surely pain and suffering will be eased as we reflect on the great life he lived.
John Wineland
I am sorry for your loss. Jim was a special man and one that I greatly respected. I remember his energy and devotion to all he did. I enjoyed his sense of humor. I used to tell him I was proud to live on Jim Phillips boulevard.
Pat Knight
So sorry . Prayers.
Barbara Sellers

Jim, you will truly be very missed by my brother and I ....we appreciated your friendship over the years and your dedication to our grandfather's Aviation endeavors.
I thank you for your support in interviewing me on Go Radio a few times.
I will love you always my friend.
Love,
Barbara Sellers

Rob and Karen Ford.
Deanna, Mike, and Cindy. You are in our hearts and prayers. We had so much respect for Jim. He was so dedicated in his many endeavors and he loved the Lord. Rob’s brother-in-law passed away in Pikeville so we may be away for the services. You have our love and condolences.
Kennettcha Bustetter
Jim was a huge Hero to me, growing up listening to him on the radio or listening to some of his stories. He will be missed, I am so sorry for your loss, Prayers to Mike and family and the community that will miss him.
Vickie Minniear Mahoney
I am so sorry for your loss. Truly sorry. My heart and prayers are with you and the family. Love, Vickie and Tonia
Keith R. Kappes
Jim was one of my heroes, as well as a role model in journalism and life. I will treasure "Scoop's" friendship forever.
View all