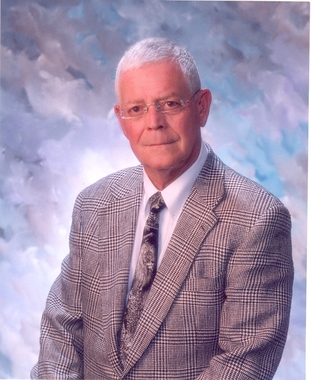 Back to John's story

John H. Wolfe, III, 80, of Ironton, Ohio, passed away peacefully Monday, February 10, 2020, at his residence.
Mr. Wolfe was born February 24, 1939, in Ironton, Ohio, the son to the late John H. "Jack" and Dorothy (Worman) Wolfe.
He is survived by his loving wife of 57 years, Janice Ann "Jan" Jones Wolfe, whom he married April 5, 1962.
John, or "Wolfie," was a 1957 graduate of Ironton High School, Ohio University in 1961, and later The Ohio State University School of Law. John was a United States Navy Vietnam War Veteran, serving as a Lieutenant on the aircraft carrier U.S.S. Hornet, of the Pacific Naval Fleet.
He retired after 47 years as a Lawyer, most recently with Wolfe & Bentley. Throughout his career, John was a zealous advocate for his clients and causes. He also served as part-time Judge for the Ironton Municipal Courts. Early in his career, John also served as an assistant prosecutor. For a short time, he even managed Jack Wolfe Chevrolet.
John was extraordinarily active in his community, and he left a lasting legacy including through 45 years of service with the Ironton Tiger Clan athletic boosters. He also served 8 years on the Ironton City School Board. John sponsored many local adult and youth sports teams, including softball and Gus Macker 3-on-3 teams. He was also a member of Christ Episcopal Church, Ironton VFW Post 8850, American Legion, Bellefonte Country Club, and a Trustee of Ironton Elks 177. John organized Ohio Council for Local Judges, and Tanks Memorial Stadium renovations, and Peoples Law School at OUS. He served on the Boards of Citizen's National Bank, Collins Career Center Advisory Board, and Campfire Girls.
John also received an O.H.S.A.A. State Award in 2014 for his tireless Tiger Clan service, and he was proudly inducted into to the I.H.S. Athletic Hall Of Fame in 2016.
In addition to his wife, he is survived by two sons, John H. "Jay" (Kelly) Wolfe, IV of Galena, Ohio and Douglas V. Wolfe and wife Sarah Posner, of Bethesda, Md.; three grandchildren, Madison Wolfe,Carly Wolfe and Nathan Wolfe; and a sister, Mary Alice Wolfe Riley of Louisville, Ky. All of them loved Wolfie very much.
The Wolfe family will receive friends on Friday, February 14, 2020, from 5 until 7 p.m. at the Tracy Brammer-Monroe Funeral Home, 518 South 6th Street, Ironton, OH 45638.
A Memorial service will be 11 a.m. Saturday at the Christ Episcopal Church, 501 Park Ave., Ironton, OH. 45638 with Rev. Sallie Schisler officiating.
In lieu of flowers, the Wolfe family ask that donations be made to the John Wolfe Memorial Scholarship Fund, c/o Citizens Deposit Bank, P.O. Box 95, Ironton, OH 45638. To offer the Wolfe family condolences, please visit phillipsfuneralhome.net
Published on February 12, 2020
To send flowers to the family of John Wolfe, please visit Tribute Store.

Send flowers
in memory of John

A place to share condolences and memories.
The guestbook expires on May 12, 2020.