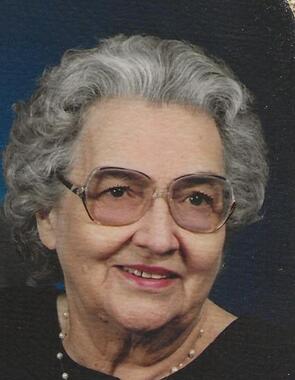 Lodema L. Gabbert, 90, of Ashland, died Friday, December 6, 2019.
She was born May 21, 1929, in Charleston, WV, the daughter of the late Clarence and Fronie Elliott Latham. She was also preceded in death by her husband, Roscoe "Red" Gabbert and a son, James Gabbert.
Survivors include one daughter, Toni Gabbert of Ashland; one son Richard (Susan) Gabbert of Oak Island, NC; seven grandchildren, Beth Gabbert, Michael Gabbert, Tessa Gabbert, Martha Gabbert, Laura (Chris) Johnson, Sara (Matt) Allen, Jesse (Carrie) Frasure and 10 great grandchildren.
Graveside services will be conducted 11:00 AM Tuesday, December 10, 2019, at Rose Hill Burial Park by Dave Daniels officiating. There will be no visitation. Miller Funeral Home is in charge of arrangements. In lieu of flowers, donations may be made to Community Hospice at 1480 Carter Ave. Ashland, KY 41101. Online condolences may be sent to mfhfuneralhome.com
Published on December 7, 2019
To plant a tree in memory of Lodema Gabbert, please visit Tribute Store.

Plant a tree in memory
of Lodema

A place to share condolences and memories.
The guestbook expires on March 06, 2020.

Johnson Ruth Ann
Toni, Richard & Susan. I am so sorry to hear about Aunt Lodema, I am in Florida until May.
My prayers are with the family Gabbert!!
View all