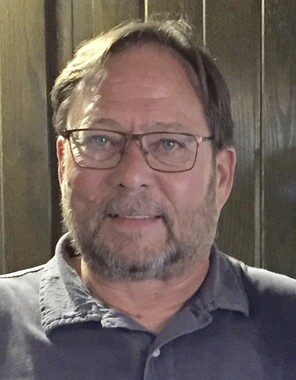 Back to Mark's story

Mark Edward Boyles, 65, of Ashland, Ky., passed away at the Hospice Care Center on February 15, 2020.
He was born in Ashland, Ky., on December 28, 1954, to the late Jerry F. Boyles and Roberta Richardson Boyles of Ashland, Ky.
In addition to his father he was preceded in death by a son, Paul Douglas Boyles.
He was self-employed and owned J.B. Brokerage with his father. Mark loved music, concerts, camping, white water rafting, snow skiing and fishing. He was a member of the Ashland Elks Lodge B.P.O.E. 350.
In addition to his mother, he is survived by his loving companion Heather Skaggs of Ashland, Ky.; sons Mark Edward Boyles II of Tacoma, Wash., and Matthew Boyles of Ashland, Ky.; a daughter Rebecca Boyles; and a step-daughter, Destiny Skaggs and her two daughters, both of Ashland, Ky.; a sister, Patty Boyles (Femi) Somade of Norman, Okla.; a niece Sola Somade and husband Richard Ash and their daughter Blythe; and an uncle, several aunts and cousins.
A memorial service will be held at Steen Funeral Home-Central Avenue Chapel on Wednesday, February 26 at 2 p.m. and will be officiated by Larry Barker. The family will receive friends from 1 to 2 p.m. at the funeral home.
Friends may make contributions in his memory to Community Hospice, 1480 Carter Avenue, Ashland, KY 41101.
Online condolences may be made to steenfuneralhome.com
Published on February 21, 2020
To plant a tree in memory of Mark Edward Boyles, please visit Tribute Store.

Plant a tree in memory
of Mark

Sentiments of Serenity Spray was purchased for the family of Mark Edward Boyles by Love Steve, Katie and Savannah.  Send flowers