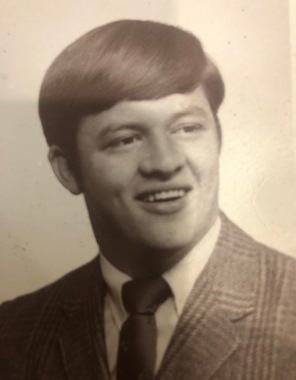 Back to Michael's story

Michael Shane Dean ,67, of Ashland, Ky. and Prichard, W.Va., went home to be with his Lord on December 4, 2019, at the Cleveland Clinic.
No more pain and sorrow, the Lord has healed him.
Michael was born March 5, 1952, in Ashland, Ky. He was the son of McKinley Dean and Hellen Browning Dean.
Michael graduated from Boyd County High School and Ashland Vocational School in electronics. He was a retired maintenance mechanic from Calgon Carbon Corporation, where he worked with his many friends for 33 years. He was the last charter member attending Wayside Missionary Baptist Church. He loved his church and actively did all he could to further the Lord's work until his health declined drastically. He taught Sunday School, led the music, drove the church van, was a trustee, and the treasurer. He will be greatly missed.
Michael enjoyed bowling, camping, fishing trips to Lake Gaston and Guntersville Lake and his local Greenbo Bass Club tournaments. We all enjoyed the telling of his many tales, tall or not.
Michael was preceded in death by his parents McKinley and Hellen Dean; his in-laws, Frank and Elinor (Nor) Olmstead; a son Todd Dean; two brothers-in-law, Richard (Butch) Kiger and Leonard Alexander.
Left to cherish his memory are his loving wife, Camille; his sons, Tony (Alissa) of Russell, Ky., John Lee (Jessica) of Sylva, N.C.; six grandchildren, Gabriel, Maci, Averi, Lilia, Jonah, and Adam; two brothers, Eric of Ocala, Fla., and Mark (Vicki) of Lawrenceville, Ga.; three sisters, Nancy Kiger, Melody Meade (David), and Michele Alexander all of Ashland, Ky.; aunt Ella Mae Browning, and Mindy Turner of Yucaipa, Calif. There are many nieces and nephews who will miss their Uncle Mike and his instructions on fishing.
Thank you to the host of wonderful brothers and sisters in the Lord who have faithfully lifted Michael up to the Lord during his illness, with their prayers and their church's prayers lists. Thank you all so very much. Visitation for Michael will be held Monday December 9, 2019, from 6 to 8 p.m. at Preston Family Funeral Home in Ashland, and from 10 a.m. to service time at 11 a.m. at the church. Funeral services will be held 11 a.m. Tuesday, December 10, 2019, at Wayside Missionary Baptist Church with Brother Dewey McCarty Officiating. Arrangements are under the direction of Preston Family Funeral Home in Ashland.
Published on December 6, 2019
To plant a tree in memory of Michael Shane Dean, please visit Tribute Store.

Plant a tree in memory
of Michael

A place to share condolences and memories.
The guestbook expires on March 05, 2020.

Jennifer & Hunter Corey
Mike Rest in Peace buddy You are definately missed at Church. I miss you sitting in your pew.
Thank You for being my friend my whole life. Hunter really looked up to you too. You were an inspiration to us all. Heaven sure gained an angel. See you again when I get to Heaven.. Camille if you ever need anything Hunter will help you anytime you need him. And so will I. Love You Sister Camille God Bless You
Jeff Reeb
Very sorry to hear of your loss. Mike had an easy way about him that made those around him feel comfortable. RIP, Mike. BCHS Class '70.
Tim Adkins
He is with Jesus now, no more pain or sorrow 🙏🏼
Brenda Hrutkay
Camille, we are sorry to hear about Mike's passing. Although, we do not get to see each other that much, it was always nice to talk to Mike - we esp. loved hearing his dog stories!!! Our thoughts and prayers are with you & the family Camille♡
Lloyd dean,morehead,ky.our thoughts and prayers are with you in this time of great sorrow
Our prayers and thoughts are with you in this time of great sorrow.
Susan Lester
Will miss his sense of humor and his friendship! "one of kind ".
Jill Keeton Dryden
So sorry to hear of Mike’s passing. He is in no more pain. Condolences to all of the family.
RONNIE J JOHNSON
Rest in peace , ole friend
Heather Collings
Mike will be greatly missed. I will never forget how he loved leading singing at church and the fun we had at VBS. I am thankful that we will see him again. I am praying for you and your family, Camille. Please let me know if we can do anything for you.
Kathy Nichols Arrowood
Condolences to the family and friends. RIP Mike.
Billie Jean Queen

Mike will be sadly missed. He was a wonderful child hood friend to me. We went all through school togather. I thank God for him. He was a wonderful christian men that I was proud to have him for a friend. Camille i am praying for you and your family. If uou need anything thos is my phone number 7390039. I am here even if you just want to talk or anything I am here. God bless you my friend.