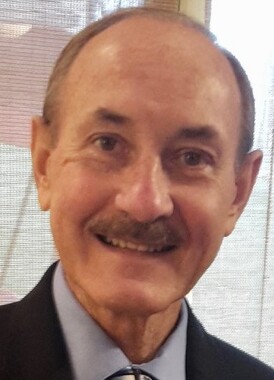 Back to Myron's story

Myron Everett Stevens, 67, known to friends as Everett, was born on May 31, 1952, in Catlettsburg.
He took his journey to be with the Lord on February 13, 2020, at his home after an extended illness.
He grew up working the farm on Durbin Road with his siblings and would eventually meet the love of his life, Pam, at the young age of 19. He would go to work at Armco for the next 27 years while raising a daughter and son. After giving his life to God in 1976 and continuing to work at Armco, he began traveling around singing and evangelizing to whomever would listen. God would eventually call him to the pastorate at Durbin Church of the Nazarene, where he would serve for the next 22 years. God would use him to lead numerous souls to Jesus Christ.
He was preceded in death by his father, Odis Jay Stevens, mother, Gladys Stevens, and sister, Teresa.
He left behind his wife and best friend, Pam, of 48 years; daughter Amber, her husband Christopher Wheeler, their two children, Samuel and Sadie;and his son, Chad Stevens, his wife Jessica, their three children, Sophia, Madilyn, and Phoebe. He also leaves behind eight siblings, Faye (Charles) Akers, Jay Stevens, Perry (Terry) Stevens, Maudie (Ray) Sturgill, Loretta (James) Geyer, Juanita (John) Humphrey, Thelma (Bill) Luther, and James Stevens; and numerous nieces and nephews. Brother Everett will forever be remembered by his family, extended family, and dear friends.
Funeral arrangements will be made by Kilgore & Collier Funeral Home out of Catlettsburg, Ky. A celebration of Brother Everett's life will be held on February 16, 2020, at Durbin Church of the Nazarene located at 28410 U.S. 23, Catlettsburg, Ky. 41129 with Pastor Randy Biggs and Pastor Robby Hale officiating. Visitation will be held from noon to 2 p.m. Service will immediately follow visitation. Final resting place will be at Rose Hill Burial Park at 3801 13th Street, Ashland, Ky.
Condolences may be left at kilgorecollierfuneralhome.com.
Published on February 14, 2020
To send flowers to the family of Myron Everett Stevens, please visit Tribute Store.

Send flowers
in memory of Myron

A place to share condolences and memories.
The guestbook expires on May 14, 2020.

George & Sue Perry
Thinking of your family with love & prayers. Everett was a great witness and testimony to our community and to the Tri-State ! May God comfort you and give you peace. ✝️🙏
roy suttles

good man of god I will miss him