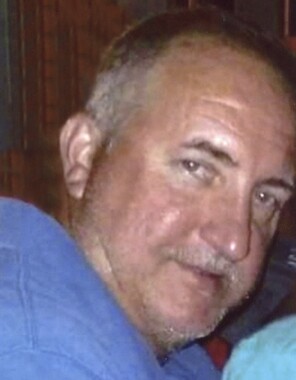 Back to Rodney's story

Rodney Zoe Mullins, 56, of Ironton, Ohio, went home to walk among the angels on 9/7/19.
He was born on April 12, 1963 in Ashland, Ky., to the late William B. and Victoria Ramey Mullins.
In addition to his parents he was preceded in death by his brother Clarence Ray Mullins and sisters Deorlene Tackett and Kathy Hill.
Rodney was a graduate of Paul Blazer High School and was an IT manager at Citizens Bank in Paintsville, Ky. He loved gardening, golf and fishing with his brothers and was known by his friends as "Fishin Rod". He also enjoyed time with his family and making memories with his grandchildren.
His survivors include his loving wife Mary Beth Clare Mullins of Ironton, Ohio; his son Adam Mullins and wife Shamra Riley of Ironton, Ohio; granddaughters Marlee Hope and Paislee Grace Mullins; a sister Pearlie (Bob) West; brothers, Isaac (Gail) Mullins, Percy (Madeline) Mullins, David (Roberta) Mullins, William B. Jr. (Helen) Mullins, Tommy (Michelle) Mullins, Ricky (Kay) Mullins, and Paul (Rhonda) Mullins; and a very dear friend Keith Castle that Rodney called "brother Keith".
A funeral Mass will be held on Wednesday, September 11, at 1 p.m. at St. Lawrence Catholic Church, 611 Center Street, Ironton, Ohio and will be officiated by Father David Huffman. Burial will follow in Calvary Cemetery in Ironton, Ohio. Visitation will be held on Tuesday evening at Steen Funeral Home-Central Avenue Chapel from 6 to 9 p.m.
Friends may make contributions in his memory Community Hospice, 1480 Carter Avenue, Ashland, KY 41101. Online condolences may be made to steenfuneralhome.com
Published on September 9, 2019
To plant a tree in memory of Rodney Zoe Mullins, please visit Tribute Store.

Plant a tree in memory
of Rodney

A place to share condolences and memories.
The guestbook expires on December 08, 2019.

Restore the guestbook to view the 2 more posts by family and friends, and share a memory or message of condolence of your own.