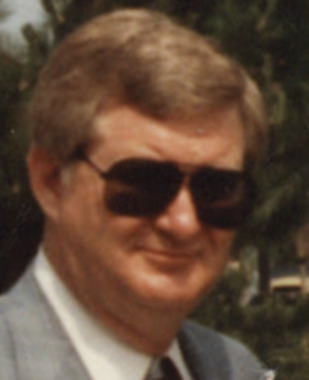 Back to Ronald's story

Ronald Keith Ball, 83, of Ashland, passed away Tuesday, December 3, 2019 at Hospice Care Center.
He was born April 25, 1936, in Ashland, the son of the late Edward and Anna Belle Rogers Ball.
He was a self-employed musician, past president of Ashland Musicians Union, served as band director at various high schools across Kentucky and Ohio, was Commander of the National Guard Army Band, member of right to life committee in Ashland, Kentucky Colonel and was a member of various other civic organizations.
In Addition to his parents, he was also preceded in death by four sisters, Mary Heading, Veronica Tostlebe, Jean Carter and Joyce LeBrun; and three brothers, Roger Ball, Lawrence Ball and Raymond Ball.
He is survived by two daughters, Leslie Handshoe (Christopher) of Ashland and Kendra Hutchinson (Charles) of Ashland; four grandchildren, Beth Mekus (Matt), Jenna Tackett (David), Zachary Hutchinson (Lindsey) and Mack Hutchinson; and four great grandchildren, Hailey Mekus, Evie Mekus, Carson Tackett and Chloe Tackett.
Memorial services will be held 11 a.m. Saturday December 7, 2019, at Miller Funeral Home with Pastor Tom Stephens officiating. Internment will follow in Ashland Cemetery Mausoleum.
The family will receive friends from 10 a.m. until service time Saturday at the funeral home. In lieu of flowers, donations may be made to Community Hospice at 1480 Carter Ave. Ashland, KY 41101. Online condolences may be sent to mfhfuneralhome.com
Published on December 4, 2019
To plant a tree in memory of Ronald Keith Ball, please visit Tribute Store.

Plant a tree in memory
of Ronald

A place to share condolences and memories.
The guestbook expires on March 03, 2020.

James Van Over
I have known Ronnie Ball since I was in high school some 54 years ago. He was a true talent as a musician, teacher, friend, and as a man. We are all better for having known him and for the influence he has had on so many lives. My sincere condolences to Ron's family and friends.
Sandy Adams

Ronnie was a great encourager for me as a struggling musician in the 7th and 8th grade. One of my most memorable moments came when he sought me out to make sure I had a CD of our High School Stage Band. RIP Ron!!