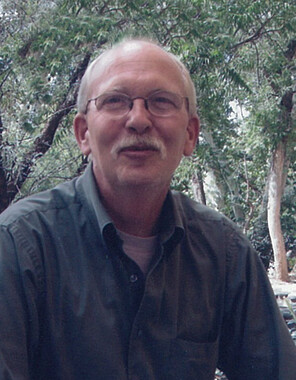 Back to Stephen's story

Stephen Wayne Kuhner, 61, of Olive Hill, Ky., entered into rest Wednesday, January 22, 2020, at his residence.
He was born September 13, 1958, in Ashland, Ky., a son of Wayne Kuhner and the late Betty Jo Pinkerman Kuhner.
Stephen was a member of First Baptist Church in Grayson, Ky. He proudly served in the U.S. Navy and earned the Sea Service Deployment Medal with a Bronze Star. Stephen served as treasurer for Habitat for Humanity & CHIPS. He enjoyed many hobbies, including: horseback riding, astronomy, fireworks, playing the guitar, hiking, kayaking, target shooting and traveling.
In addition to his mother, he was preceded in death by his step-mother, Katherine Botts Kuhner; one sister, Theresa Browning; and one nephew, Tyler Gust.
He is survived by his wife, Debra; his father, Wayne; one daughter, Heather (Chris) Eden; two sisters, Pamela (Tammy) Vance of Arkansas and Deiadra (Andrew) Reel of Florida; one brother, Michael (Tonya) Kuhner of Pedro, Ohio; two grandchildren, Charlie "Shae" and Karter Reed; and significant family members, Jim and Julie Browning.
Memorial Service will be conducted 4 p.m. Sunday, January 26, 2020, at the Duvall & Moore Funeral Home in Olive Hill, Ky., with Wayne Kuhner officiating.
Visitation will be 2 to 4 p.m. Sunday, January 26, 2020, at the Duvall and Moore Funeral Home and Cremation Service, 149 Whitt Street, Olive Hill, KY.
Online condolences may be sent to duvallandmoore.com.
In lieu of flowers, donations may be made in Stephen's memory to Community Hospice, 1480 Carter Ave, Ashland, KY 41101.
Published on January 23, 2020
To plant a tree in memory of Stephen Wayne Kuhner, please visit Tribute Store.

Plant a tree in memory
of Stephen

A place to share condolences and memories.
The guestbook expires on April 22, 2020.

Frankie and Jim Meeks
Wayne and family so sorry to read of Steve death. Steve was just 1 month older than Tammy. Our prayers are with you . Frankie
Mrs. Ramona C. Scaggs
Wayne,
I wish to express my condolences to you in the passing of your son. Betty was a “piano-teacher” friend of mine. My daughter, Gina, passed away in 1999. She would have been close to your son’s age. I will remember you in prayer. Ramona Scaggs
View all