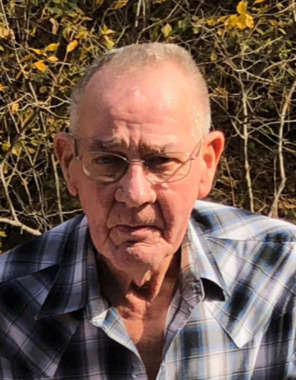 Back to William's story

William H. Brown, 74, of Rush, Kentucky, passed away peacefully, Sunday, February 16, 2020, in Community Hospice Health Care Center in Ashland.
William was born April 24, 1945, in Lawrence County, Kentucky, to the late Earnest and Garnet Cooksey Brown.
He was also preceded in death by his wife Patricia Tussey Brown in 2019; his grandparents who raised him, Denny and Laura Coffey; his daughter-in-law Cindy Brown; a great-grandson Harrison Smith; and six siblings.
William retired from AK Steel as an inspector. He was a Kentucky Colonel, enjoyed woodworking, and especially supporting his grandchildren in all their school activities.
Surviving William are two sons, Wayne and his wife Teresa Brown of Rush and Bryan Brown of Rush. In addition to his sons, he is survived by his grandchildren, Megan (Adam) Clark, Samantha Brown, Kaitlin (Brian) Smith, and Sydney Brown. His great grandchildren; Bentley Green, Lincoln Clark, Hudson Smith; and 7 siblings.
Funeral services for William will be held 11 a.m. Thursday, February 20, 2020, with Pastor Keith Crum officiating, at Preston Family Funeral Home in Ashland. Visitation will be held from 6 to 8 p.m. Wednesday, February 19, at the funeral home. Burial will follow services in Ross Cemetery. In Lieu of flowers contributions may be made to Community Hospice 2330 Pollard Rd. Ashland, Ky 41101. Arrangements are under the direction of Preston Family Funeral Home in Ashland.
Published on February 17, 2020
To plant a tree in memory of William H. Brown, please visit Tribute Store.

Plant a tree in memory
of William

A place to share condolences and memories.
The guestbook expires on May 17, 2020.

MAY GOD PUT HIS LOVING ARMS AROUND THE BROWN FAMILY. SINCERE CONDOLENCES WITH LOVE......

Pamela Corinne Whitaker
Fine man and wonderful family! Love and prayers to all.
Mike Ruggles
I’m so sorry. Prayers for you all. Bill was a good man and loved having him around the softball fields. He will be missed
Homer R Middleton
I will always remember setting and talking to Bill at softball games . He had a sense of humor. I loved talking to him . He was a very good friend to me. Rest in peace my friend. Prayers for the family.
Van Riffe
I will always remember that smile and since of humor. Sorry for your loss.
Patricia Mccoy
I'm so sorry for your loss.
Edward Cheek
Bill loved everyone and everyone loved Bill Brown !
Linda and Billy Vaughn
There are no words to express the sadness that we feel with the passing of Mr. and Mrs. Brown. They were a class A couple. Our love to the entire family.
View all